Although quantum computing is still in its infancy, the technology will affect more sectors than most people know. Even the world’s most powerful supercomputers cannot compete with quantum computers when it comes to processing data and performing complex calculations. 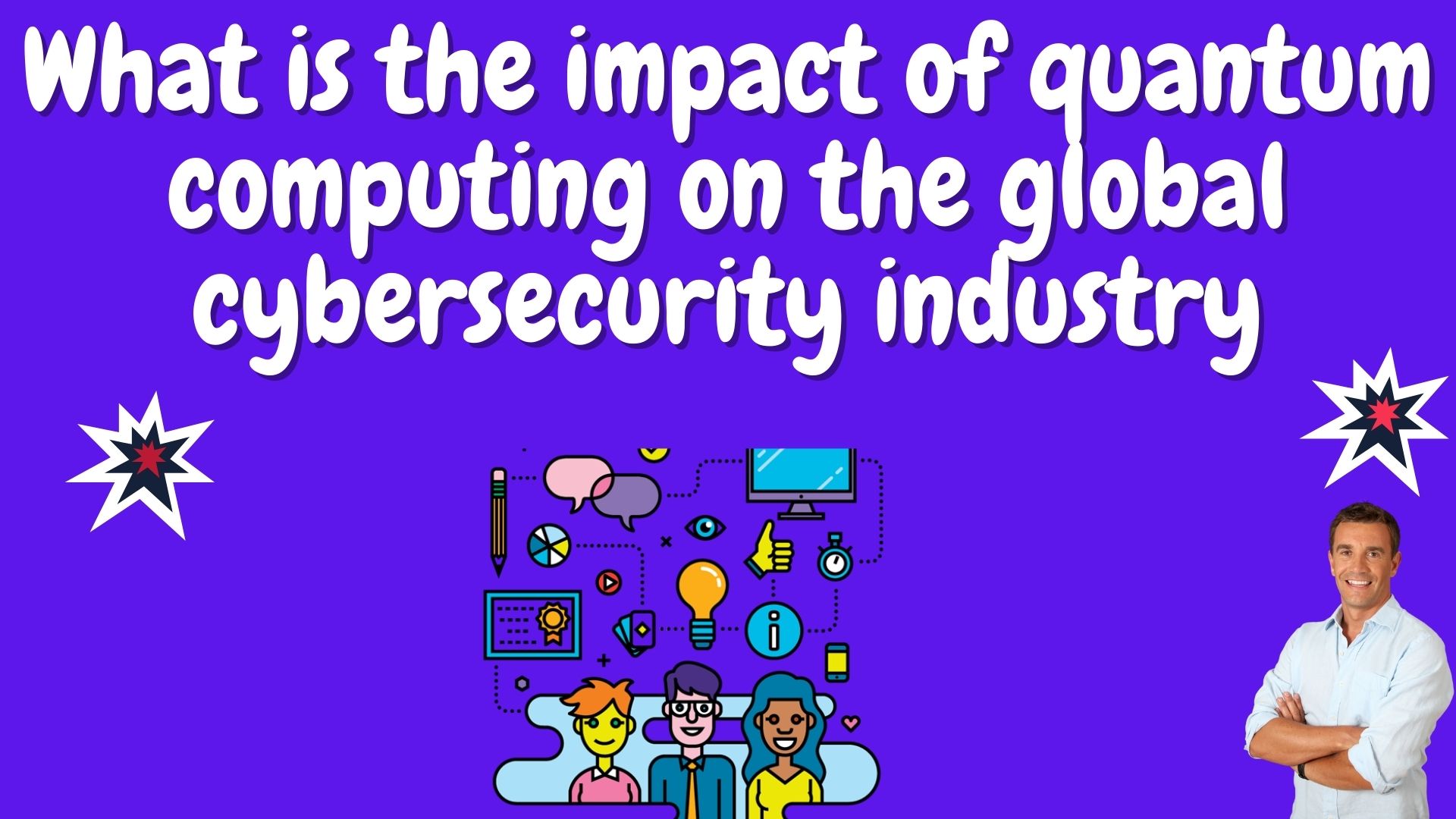 Because of their complexity, they may solve problems that were previously thought insurmountable and they do so almost immediately. When Google built its first quantum computer in 2019, it could complete calculations that would have taken the world’s fastest supercomputer at the time 10,000 years to complete in just over three minutes.

Quantum computers can sift through massive amounts of data to find patterns and links, thanks to their incredible computing power. This has a wide range of commercial applications, from improving the global logistical supply chain to helping medical researchers bring life-saving drugs to market more quickly to improving predictive models to predict complex problems such as climate change.

Quantum computing technology will bring many changes, but not all of them will be good. In addition, it threatens cybersecurity, especially modern encryption techniques that everyone uses to protect important data. According to experts, quantum computing can accelerate the resolution of various problems across many industries within ten years.

How does quantum computing affect cybersecurity?

Quantum computing will fundamentally change how cybersecurity attacks are implemented and how we defend them as they gain popularity. When it comes to many tasks, quantum computing is superior to traditional computing because it is based on the laws of quantum physics. Globally, research institutes and commercial sector companies are making great efforts to create devices suitable for quantum computing.

Here are some ways illustrating the potential impact of quantum computing on cybersecurity:

Cryptography will be one of the areas in which quantum computing will have the most direct impacts on  cybersecurity  . Public key cryptography is currently used to encrypt all communications and important data transmitted over the Internet or to the cloud. It is now, by far, the most widely used type of Internet encryption.

Every web browser in use today has a Public Key Infrastructure (PKI) built in to protect traffic on the open Internet. Most companies also use public key encryption to protect their internal data, communications, and user access to associated devices.

Regardless of the availability of commercial quantum computers, the risk of data collection by dishonest parties is another reason for quantum resistive data today.

Once they can get their hands on the quality control to decrypt it, they will start collecting and storing the data.

At this point, the data has already been changed. Data must be protected with quantum resistance technology to remain secure, especially information that must be kept forever.

Quantum computers can solve problems that classical computers cannot. One component of this is decrypting the methods that support encryption keys, which protect our data and the structure of the Internet.

Modern cryptography relies so heavily on mathematical computations that it would be impossible to crack with current technology. For example, consider adding two large numbers to compress this. The product is easily computed, but dividing a large integer into two primes is more difficult.

On the other hand, a quantum computer can fold numbers and immediately crack the code. Using Peter Schurr’s quantum computing algorithm, large numbers can be analyzed more quickly. Since then, scientists have developed QCs that can handle even more significant numbers.

Quantum computers can quickly crack (or decrypt) public-key encryption without needing access to the decryption key due to their high computational power. In other words, all communications and data encrypted with a PKI can be accessed by a hostile nation-state or cybercriminal organization that has access to quantum computing capabilities.

The damage is easy to see if a malicious entity exploits such a skill to gain access to private data from companies or government agencies involved in critical infrastructure, national security, or other critical industries.