In a New York City Machete Attack, a man was arrested and charged with attempted murder.

New York City authorities announced on Jan. 2 that a 19-year-old man had been arrested on attempted murder charges. 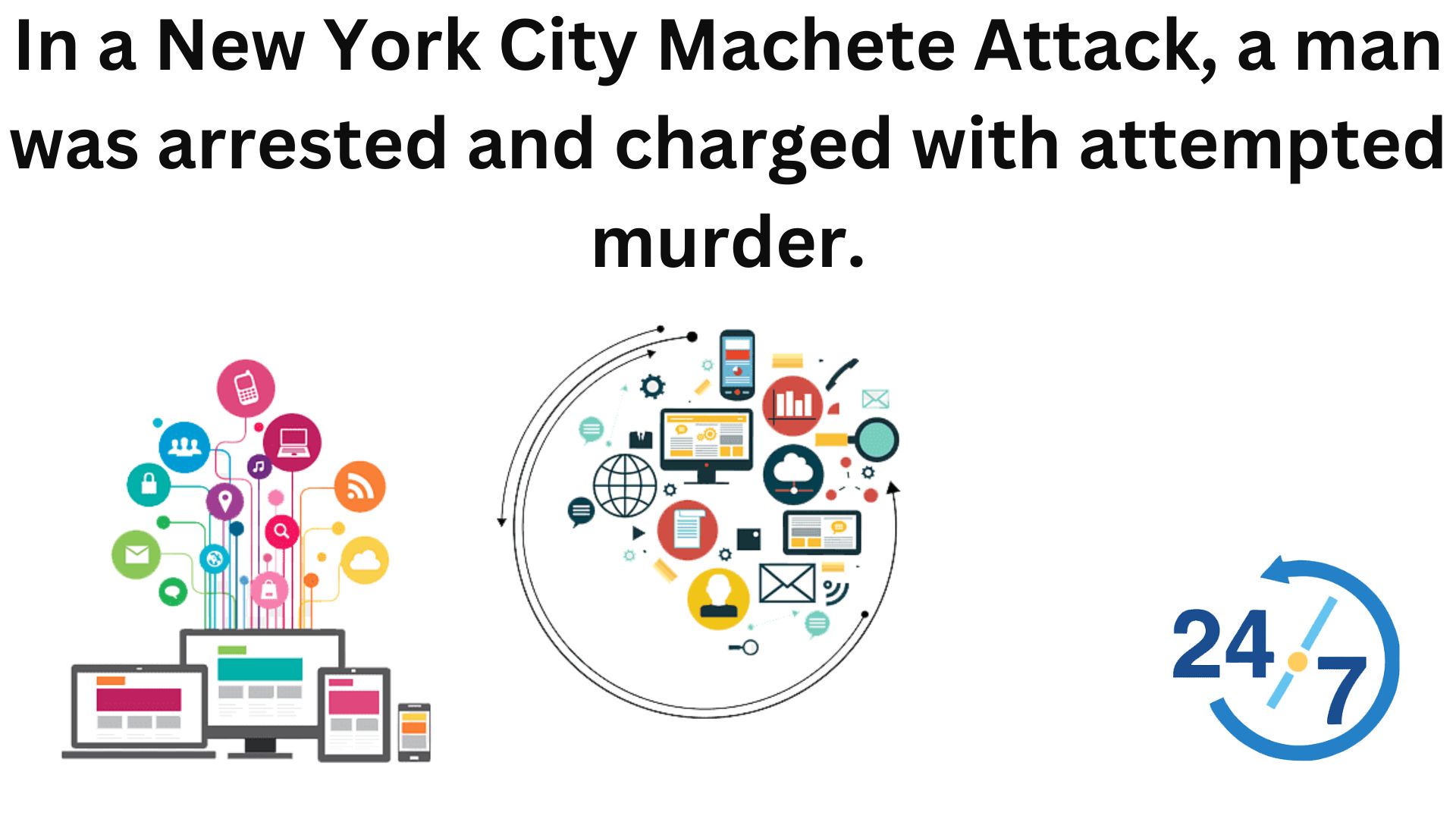 A New York City Police Department (NYPD) spokesperson confirmed to The Epoch Times on Monday that Trevor Bickford, of Wells, Maine, was taken into custody and charged with attempted assault and attempted murder of a police officer.

It was unclear whether Bickford had retained legal counsel, as he could not be reached.

On New Year’s Eve, when people were congregating in Times Square to watch the ball drop, Bickford is accused of attacking three police officers.

Before hitting two other officers with the machete, the male attempted to hit an officer in the head.

According to police officials, one officer, an eight-year veteran, sustained a head laceration while the other sustained a skull fracture and laceration. The second officer had recently completed his training at the police academy.

The officer fired their weapon, striking the suspect in the shoulder after the suspect struck one of the officers.

No one has died as a result of the incident. For treatment, all of them were taken to Bellevue Hospital. Mayor Eric Adams told reporters over the weekend that the officers were in good health after the attack.

Photo from Epoch Times Police officers found the machete that was used in the attack. NYPD via The Epoch Times) According to NYPD Police Commissioner Keechant Sewell, the attack was unprovoked.

The attack was being investigated by NYPD officers and FBI officials.

According to Michael Driscoll, the assistant director in charge of the FBI’s New York field office, the suspect was acting alone, according to agents.

According to reports, Bickford was on a bureau watchlist prior to the incident. The FBI declined to comment.

The actual or suspected motive has not been described by the authorities.

One of the city’s busiest neighborhoods was the scene of the attack about two hours before midnight. Times Square is well-known for its New Year’s Eve celebration, which draws a lot of tourists.

According to officials, the attack did not cause the event to be canceled, and officers who responded but were not injured returned to patrolling.

Adams stated that the responding officers returned to their primary focus of ensuring that everyone in Times Square received the best professional service that we provide once the scene was under control.

The Portland Press-Herald reported that Bickford’s mother paid tribute to the teen in a now-deleted Facebook post on his July birthday.

I am extremely fortunate to call you my son. Simpson wrote, “You’re) an old soul and you amaze me every day with everything you enjoy exploring and doing.” The man you are becoming makes me so proud. According to reports, Bickford had converted to Islam, and the mother’s Facebook posts showed him covered up.

According to an obituary, Bickford’s father passed away suddenly in 2018. The older Bickford, 41, and his wife raised three sons in Wells, according to the obituary.

According to the obituary, Tom was very involved in their lives and frequently coached them in football and wrestling. He loved his boys more than anything, even though his coaching style was sometimes difficult.