Billboard advertising is a dynamic way to promote your business. It’s inexpensive, easily accessible, and you have a lot of people walking by every day. However, there are many benefits that billboard advertising offers in metropolitan cities. This article breaks down the pros and cons of this medium so you can decide whether or not it makes sense for your company. 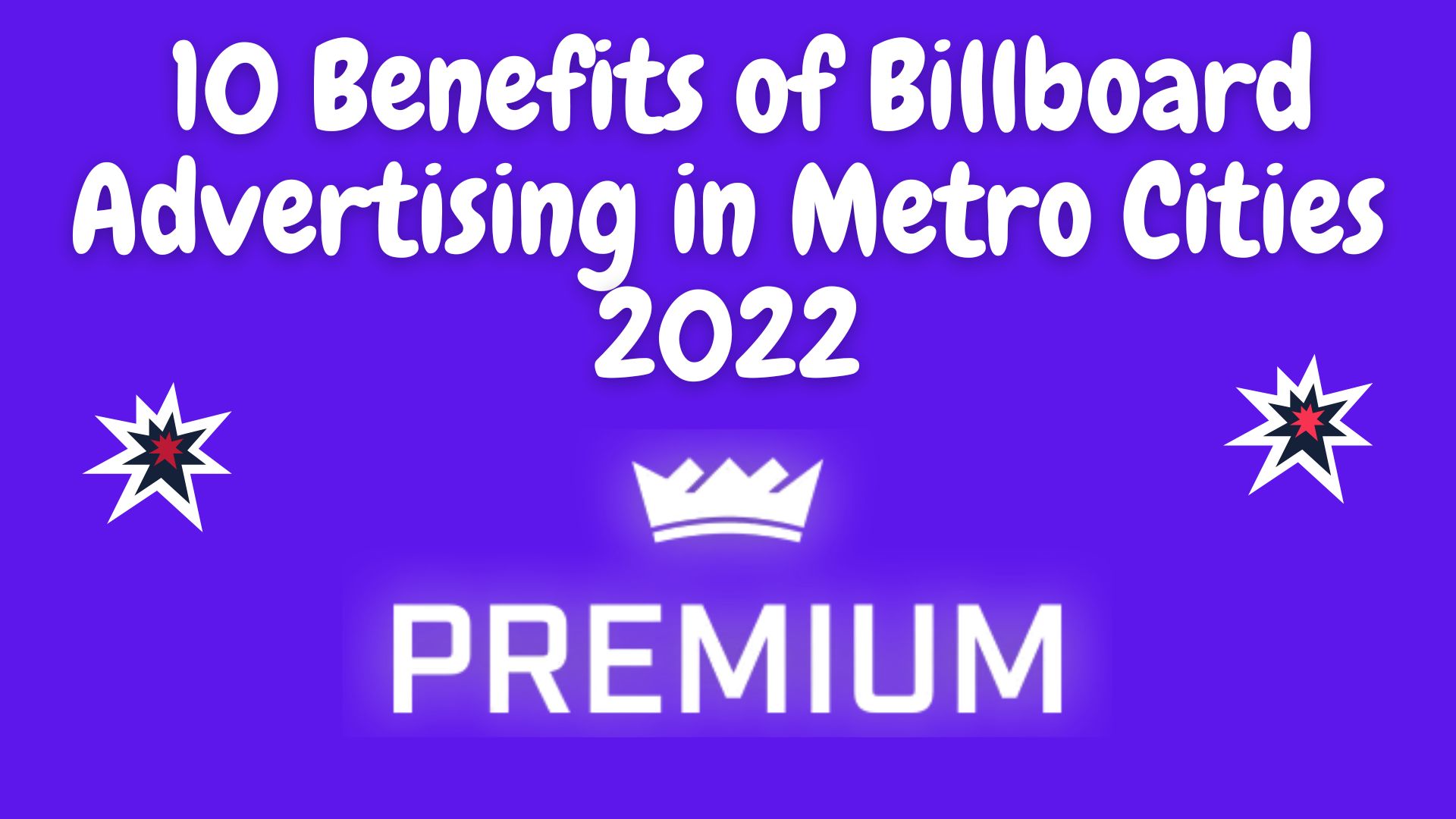 What Is Billboard Advertising?

Billboard advertising is a type of marketing that uses large, visible structures to promote products or services. These structures are often located in busy public areas, like Metro cities.

Metro cities are a great place to put billboards because they offer a high concentration of people and businesses. This makes billboards an effective way to reach many people with your message.

Metro cities also have a lot of traffic. This means that billboards can be used to promote products or services in busy traffic lanes. This is especially important for products that need to be seen from a distance, like cars or electronics.

Billboard advertising is an effective way to reach a lot of people with your message. Metro cities are the perfect place to use billboards to reach a broad audience.

What To Consider Before Buying a Billboard 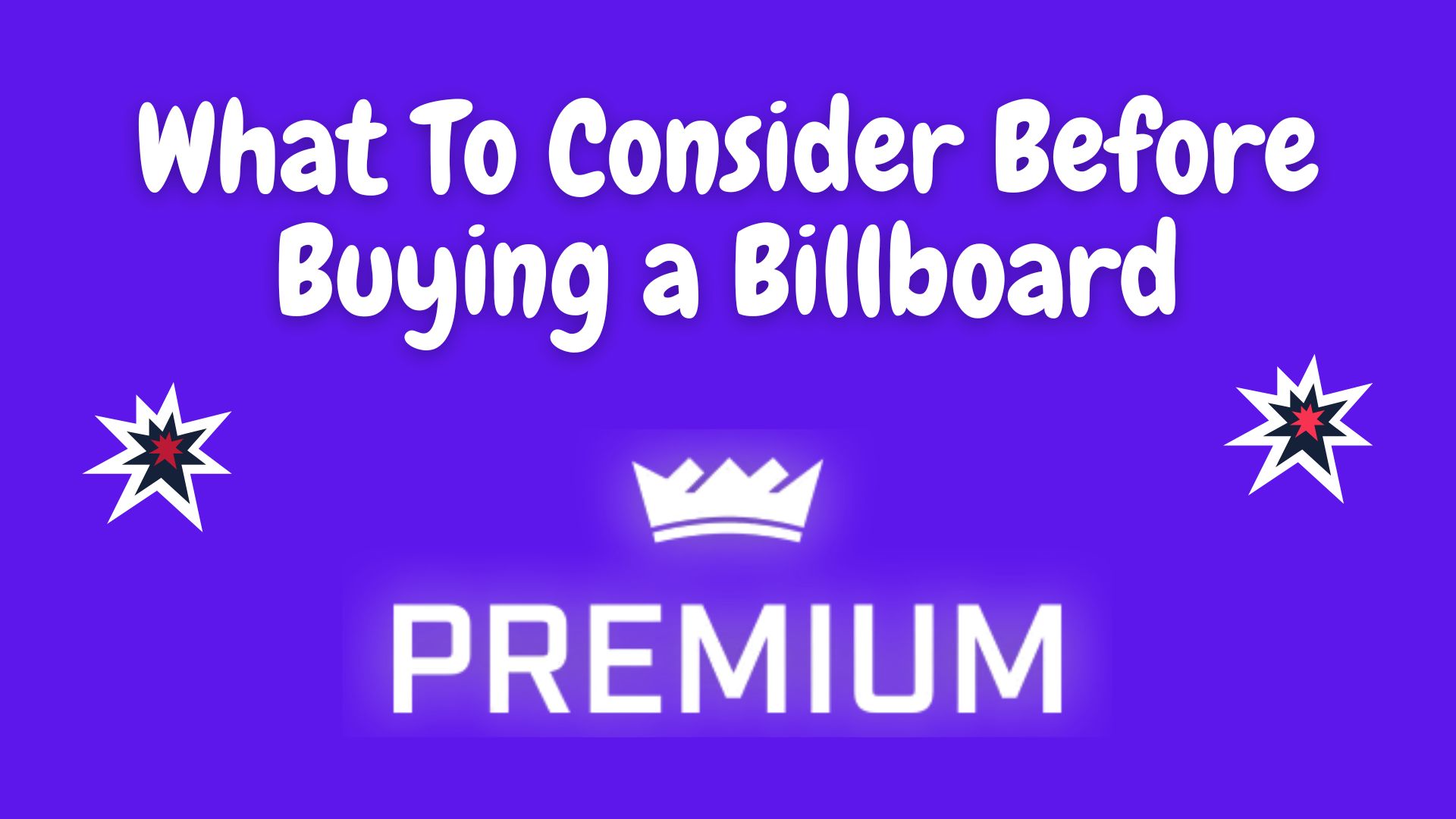 There are many benefits to using billboards in metro cities. Before deciding, it is essential to consider the various factors involved. Here are some key considerations:

Location: Billboards should be placed in high-traffic areas where they can reach a large audience.

Size and Design: Billboards should be designed to reach a broad audience with a simple design.

Advertising Strategy: The advertising strategy for billboards should be tailored to the target market.

Social Responsibility: The advertising industry has long been criticized for its negative impact on community relations. However, some billboard companies are working to increase their social responsibility in the industry.

Competition: Billboard companies compete to place their ads in cities and states across the US. Therefore, they continue striving to improve their designs and develop new technologies to engage consumers in their advertisements.

Local Size Of Business: As a small business owner, you will have more control over your daily operations and can establish a deeper connection with your audience when you operate from a local location with billboard advertising.

Here are some of the benefits of billboard advertising in metro cities:

1. Billboards offer creative freedom to advertisers that aren’t possible with other forms of advertising. This allows businesses to target their advertisements specifically toward metro city residents, which results in higher conversion rates.

2. Metro cities are ideal for billboard advertising because they have a large population and many driving miles. As people drive around looking for advertisements, they are more likely to see your ad than if it were placed on a street corner or inside a building.

3. Billboard advertising is affordable compared to other forms of advertisement, making it an ideal option for start-ups and smaller businesses that don’t have the budget for more expensive marketing strategies.

5. Billboard advertising can be a great way to promote your business or product. It can advertise new products or services or market existing ones.

6. Billboard advertising can also attract new customers to your business. It can be used to advertise special sales or discounts or to introduce new products or services. It can also be used to announce events or competitions or market your business.

7. Another significant advantage of billboard advertising is that it can be placed in high-traffic areas. This means that many people will see your ads, and they will likely remember them.

8. Billboard advertising can also help to promote your brand uniquely. It can create an image for your company that is different from what you can achieve through other methods. This can boost your overall reputation.

9. Billboard advertising also has the advantage of being very visible. It can be seen from a long distance and read quickly. This makes it an excellent choice for marketing campaigns that need to be seen by a broad audience.

10. Billboard advertising is also effective for promoting events. For example, if an event is happening in a city being broadcast on television, the billboard could be used to promote the event. This would allow people not in the city to see the event and buy tickets.

Billboards are standard in metro cities, but they have several disadvantages.

One of the main disadvantages of billboard advertising is that it is often impractical. This is because most billboards are located in busy areas and can be challenging to see from a distance.